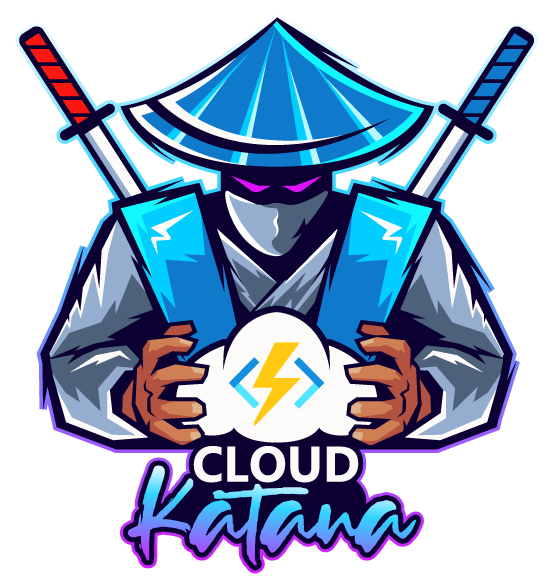 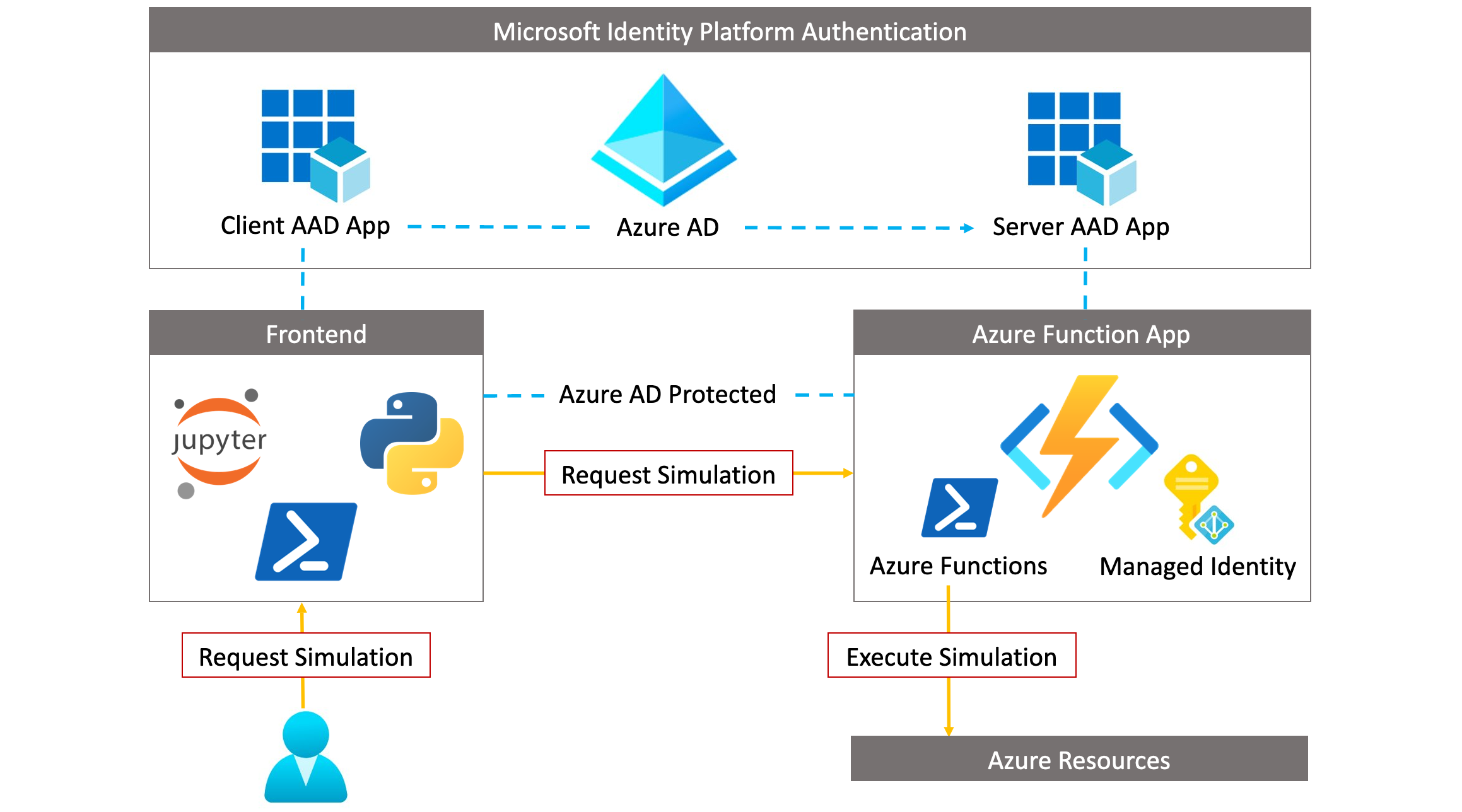 Cloud Katana is a cloud-native solution that relies on platform as a service (PaaS) concepts to provide a simplified and scalable event-driven solution without worrying about deploying and maintaining the underlying infrastructure used to execute simulations.

To meet this need, Cloud Katana uses Azure Functions to abstract the operating system layer from the code through a pay-per-execution billing model that automatically scales based on trigger invocations. 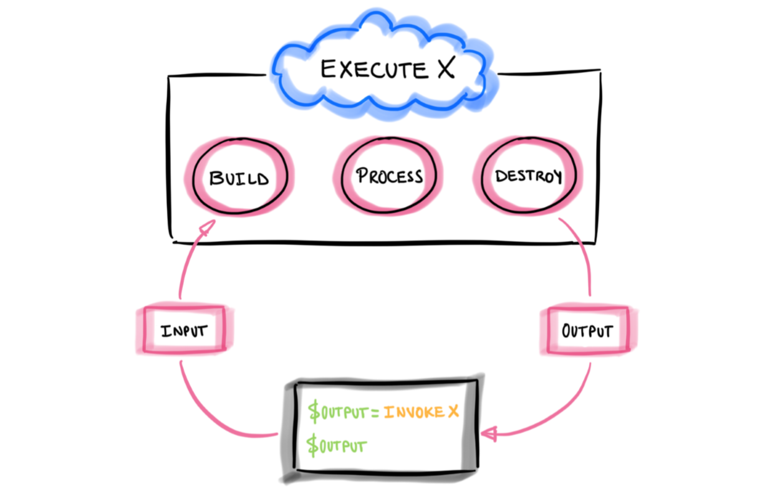 Compute on-demand as a Web API#

Simulation steps are represented as blocks of code called “functions” and invoked via HTTP requests through a built-in serverless web API.

With this feature one could simply send an HTTP request with information about the specific simulation and wait for the infrastructure underneath to process the request. Currently, all functions are written in PowerShell (subject to change) and categorized following the MITRE ATT&CK framework.

Every attack simulation is documented in a YAML based format to aggregate metadata such as title, description, ATT&CK mappings, expected input and output and even preconditions to make sure we have the right permissions before running a simulation step. This facilitates the processing of every documented action programmatically and the automatic setup of a few other resources.

The project is also designed to handle state and ensure reliability across numerous attack simulations by using an extension of Azure functions named durable functions. This feature allows the orchestration and execution of scenarios where actions could depend on the state and output of other simulation steps. This is good to define specific attack paths as code.

The project uses the Microsoft Identity Platform (a.k.a Azure AD) as its identity provider to authenticate clients. This feature requires a registered Azure AD application which allows users to connect to the Azure Function app using OAuth authentication.

In addition, using an identity provider enables the following features: 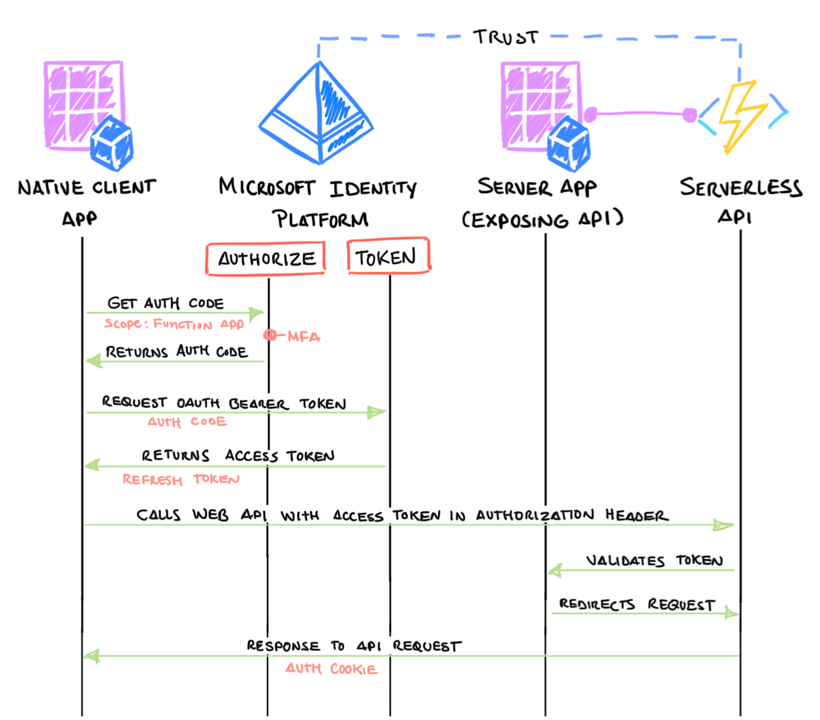 Besides enforcing users to authenticate before executing simulations, the project also implements “Application Role Assignments” to restrict access to selected users. This allows organizations to select who can use the project in their environments.

Furthermore, when executing simulations in Azure, Cloud Katana uses a user-assigned managed identity to access and interact with other Azure AD-protected resources. One of the advantages of managed identities is that it removes the need to provision or rotate any secrets.

For example, if we wanted to use Cloud Katana to add credentials to an application, we would need to grant the following permissions (From least to most privileged) to the managed identity:

Another feature that makes Cloud Katana a very powerful tool is the flexibility to use any programming language to request simulations. If the client used to interact with Cloud Katana can handle the Azure AD authentication process, it does not matter how the simulation is requested. 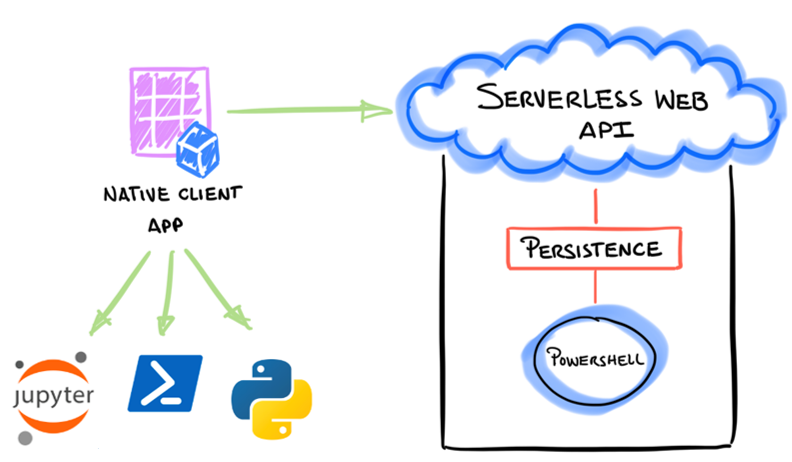 Microsoft Authentication libraries are available via PowerShell as MSAL.PS and Python as MSAL . We could also use other open-source projects such as Jupyter Notebooks to create repetitive templates to show the execution of simulations and share the process with other security researchers. 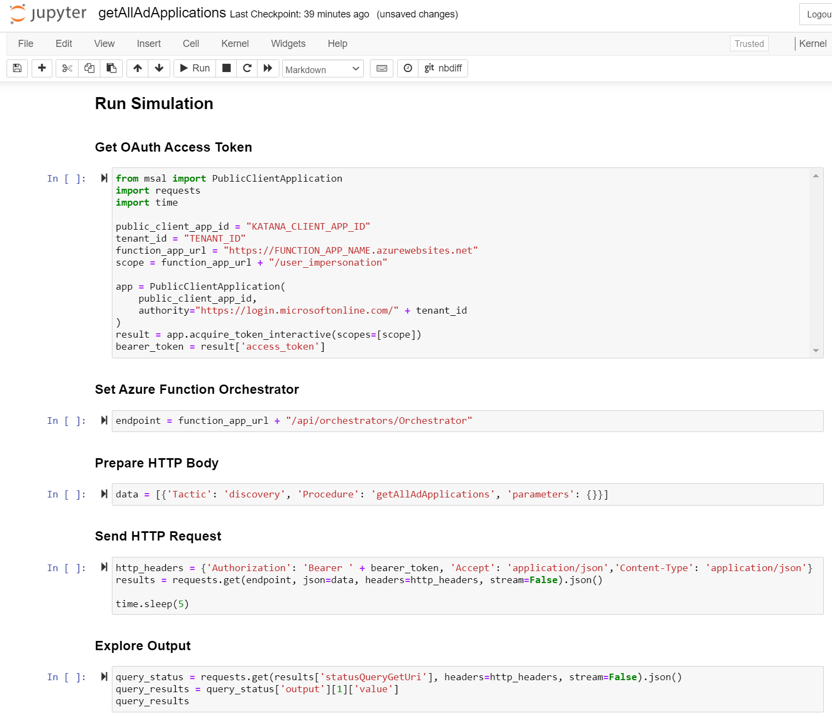 A relay agent ( Hybrid Connection Manager (HCM) ) is set up on the on-prem server and configured to call out to the Azure Relay over port 443. The Cloud Katana function app then connects to the Azure Relay to interact with the on-prem server and execute simulations locally. The connection uses TLS 1.2 for security and shared access signature (SAS) keys for authentication and authorization.